Morya Woke Me Up! 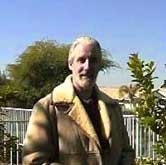 In August 1973 I made one of my frequent visits to the University Book Store in the University District of Seattle, Washington. A book—Secret of the Andes by Brother Philip—seemed to jump out at me as I searched the occult section for deeper meaning.

A quick perusal of the book drew my attention to the term “Great White Brotherhood” that I’d heard during a class I had taken at the Quest Theosophical Bookstore in Seattle. The book told of a retreat high in the Peruvian Andes, which housed a library that allegedly contained the wisdom of the ages. Readers were invited to travel to the retreat and “weave the garment of your seven rays” in a beautiful river valley where vegetables grew six times their normal size.

So, I soon gave notice at Pacific Northwest Bell in Seattle, where I worked as an information operator, and bought a $600 round-trip ticket to Lima and Cuzco, Peru. After a 24-hour journey I landed in the city of Cuzco, which sits on the 12,500-foot plateau that covers most of Peru. For the first few days, I could not walk more than a half-block without stopping for a few minutes to catch my breath—somewhat humbling!

After a week of acclimating, I decided to head for the Andes by train. When the train was close enough to the mountains, I planned to pull the cord to stop the train—like in the movies—then hop off and head for the hills.

I had read “Life and Teachings of the Masters of the Far East,” a book series in which the author tells of a troupe of several European scientists who travelled by ship to India in 1890 to verify reports of super-human feats by holy men there.  When they got off the ship, they were greeted by a guide who led them on a mystical journey through India and Mongolia. They had not informed anyone in India of their plans, so they initially wondered who their guide represented and how he knew they were coming.

So naturally, I fully expected that someone from the Andes retreat would come down to meet me and show me the way. Ah, youth! To my surprise, the train never headed toward the mountains, but went southeast to the town of Puno on the shore of Lake Titicaca. As darkness fell shortly after we arrived, I checked into a little hotel and went right to bed around 8 p.m.

As I awoke, I heard a voice in my head say, “You can go home now.” Without even wondering who said that I quickly looked at my watch. It was 5:00 a.m. Then I looked at the train schedule: the once-a-day trip to Cuzco left at 5:30 a.m.! I quickly put on my clothes, threw my stuff together and ran for the train. I later realized that I had not even seen the lake—only smelled it.

I arrived back in Seattle on my 26th birthday, September 14, 1973, not having made contact with “Brother Philip” or any of his associates. However, three months later on Tuesday, December 18, I got a ride from a young man named Gary Kingman, whom I’d just met at a job interview. We lived in the same part of town. He asked me what interested me, and I told him I enjoyed studying astrology and making charts. He said the school he’d just attended encouraged him to have his chart done.

“What kind of school is that?!” I asked.

“Have you ever heard of the Great White Brotherhood?” he asked.

“Yes, I was just down in Peru looking for them!” I replied.

He started telling me about 10,001 avatars who had come to save Earth. He said abortion, which had been illegal until earlier that year, was a plot created by fallen angels to prevent those avatars from embodying, thereby attempting to block their ability to lift Earth into a golden age.

When we got to my house, he pulled over, opened his briefcase and handed me a Summit Lighthouse brochure and a copy of “Climb the Highest Mountain,” which had been published the year before. He gave me his phone number and asked me to call him after I had read the book. I read the first four chapters over the next few days and thought, “These are things I’ve always known, but I’ve never heard anyone talk about them!”

I called Gary and he invited me to a Wednesday healing service. After attending a few services, the group members, including (now) longtime beloved friend Vivien Mason, told me about an Easter conference coming up in April at the Ambassador Hotel in Los Angeles. They asked me if I wanted to go. I did.

I first saw Elizabeth Clare Prophet on Wednesday evening, April 10, as we walked across the hotel parking lot, and she was walking toward the hotel with her entourage. She stopped and turned toward us with a big smile and said, “Hello!” I felt the urge to run up to her and tell her I’d read her book, but Gary hesitated, appearing shy. He had attended El Morya’s quarter of Ascended Master University the previous fall, so I followed his example and restrained myself.

On Friday, April 12, 1974, I joined the Keepers of the Flame Fraternity. On the last day of the conference, Mrs. Prophet told us that Paul the Venetian’s quarter of Ascended Master University would start that week in Santa Barbara and invited anyone who could to attend. For those who could not, she told us Serapis Bey would sponsor the next three-month quarter in September.

I said to myself, “THAT’S the one I’m going to!” I’d never heard of Serapis Bey, but knew I had to go to that quarter. I later realized how well that ‘fit’ my Cancer Rising sign, since Serapis sponsors Cancer types—and both my birth father and stepfather had Cancer Suns.

That conference marked Mrs. Prophet’s first public introduction of Mother Mary’s cosmic clock astrology, which I immediately loved because it filled in much of the deeper spiritual meaning that I then realized had been lost from what she called “worldly astrology.”

Sometime that spring, Gary told me that El Morya, in his final dictation to their class on December 8—ten days before I had met him in Seattle—had asked them to always carry Summit Lighthouse brochures and books with them because he would be sending his chelas to them! Thankfully, Gary had obeyed.

She told me that El Morya wanted us to know that the book “Secret of the Andes” was a false hierarchy book, and that the authors had left Peru for Europe, but kept publishing the book to discourage earnest seekers of the Brotherhood and “to drain their supply.”

She also told us that she and Lanello would take over as hierarchs of the Temple of Illumination over Lake Titicaca when the God and Goddess Meru “moved up” in hierarchy to replace the ascended masters Helios and Vesta.

When she said that, a light went on in my head, and I had a better idea who had told me, “You can go home now” when I awoke at 5 a.m. in Puno/ (I normally never awoke at 5 a.m.!). By then, I had studied Mother Mary’s teachings on the cosmic clock, so I knew El Morya sponsored the 5 o’clock line!