← Write The Story Of Your Life! Using Quotation Marks Correctly →

Why Should I Care About Headline Writing? 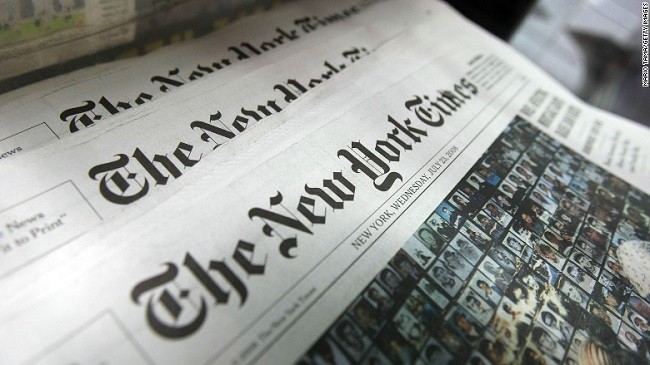 Writing interesting headlines is both an art and a science. Volumes have been written on this learnable skill. But why should I learn how to write headlines, you may ask. Well, do you send emails? Do you post anything on social media that you would like others to view or read? Do you ever write anything that you share with others? If your answer is yes to any of the above, knowing what makes up a good headline and what doesn’t is worth learning.

Mastering headline writing does not mean learning innumerable subtle nuances of the skill. Rather, it means learning a few headline-writing principles and applying them rigorously, headline after headline.

The principles of writing good headlines parallel the fundamentals of quality writing. The ABCs of content writing—accuracy, brevity and clarity—apply to headline writing, just as they do to content writing.

“You want the headline itself to be so clear that the only thing they need to ask themselves is: Am I interested in this story?” Nadia Rawls of medium.com writes in How to Write a Headline. “Give the reader context about the story and help them decide if it is worth reading. To make this decision, the reader needs to know what the story is about, and why it matters now. Make sure your headline addresses these questions. Strive for clarity here.”

What Not to Do When Writing Headlines

Headline writing is common sense writing. Put yourself in the shoes of your headline readers, who are looking at your headline without context. Assume they know absolutely nothing about your story—because they probably don’t. That means you cannot afford to have them wondering what your headline means. So, no vaguely worded headlines.

Don’t overpromise with your headline. In today’s internet age, readers are bombarded with clickbait headlines that overpromise on just about every subject under the sun. So, don’t be tempted to overstate your headlines. You will lose credibility as a writer and readers won’t come back. Plus, today’s internet users have an internal radar that is highly attuned to clickbait headlines, which they know from experience are usually followed by disappointing content. So, be direct, conversational and honest with your headlines.

“Avoid jargon, and think of what makes sense in casual conversation,” Medium’s Rawls writes. “Know the language that your audience is familiar with,” she adds. “The headline sets the expectations, and the story must deliver on that.”

Rawls advises to avoid questions and biases in your headlines. “Instead, see if there is a way to highlight the tension that the story conveys. Note that if a reader doesn’t share this question, they’ll skip over the piece. Also note that even if they do, they might skim the piece to find the answer, and leave.”

Regarding biases, carefully examine each word in your headline and subhead. Pay particular attention to adjectives, which can betray one’s biases.

For example, a Wall Street Journal headline “Court Backs Loaded Guns in Public” used the emotionally charged adjective “loaded” and the equally charged phrase “loaded guns in public” to imply that the Court handed down a dangerous decision, insinuating also that allowing people to carry concealed guns in public is dangerous. On the opposite side of the gun debate, the headline “Leftist Court Eviscerates Second Amendment” uses the adjective “leftist” and the potent verb “eviscerates” to insert bias into its headline.

The point is to not lose a slice of your potential readers by turning them off with a phrase that betrays a certain bias of yours, whether you think it is a bias or not.

Just for fun, here are a few dumb headlines taken from a 2013 Globe & Mail story on the subject.

Utah Poison Control Centre Reminds Everyone Not to Take Poison

Bugs Flying Around with Wings Are Flying Bugs

Starvation Can Lead to Health Hazards

Chick Accuses Some of Her Male Colleagues of Sexism

Let’s look at some good headline examples from previous Writers’ Guild Tips & Techniques newsletters. Keep an eye out for other good headlines whenever you are reading articles online or in newspapers and magazines; studying other writers’ headlines is a great way to get a feel for what quality headline writing is.

The Power of Story – This headline offers a simple promise: to highlight how powerful storytelling can be.

The Privilege of Audience – These four words connect two very different nouns, taking out the verb to turn an ordinary phrase, the privilege of having an audience, into an intriguing one.

Train to Do the Unforgettable – This headline implies that with training one can do something memorable, which is an attractive prospect.

If You Are a Writer, You Also Are an Editor – The concept that all writers should be editors as well is well-known to professional writers. However, this particular article targeted aspiring writers.

The Writer Who Pricked the Conscience of a Nation – This headline screams that the power of the pen is extraordinary.

← Write The Story Of Your Life! Using Quotation Marks Correctly →
← Go back to the menu