← A Dash Or A Hyphen? Mastering Commas →

The Popular Em Dash And Its Uncommon Cousin 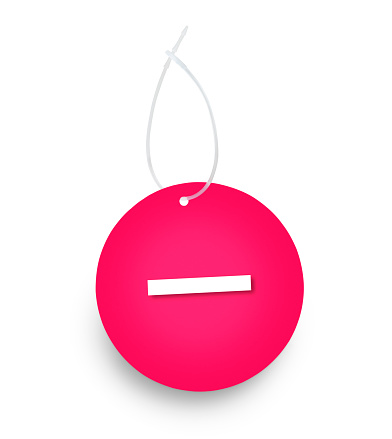 Last month we discussed the rules regarding the uses of hyphens, that shortest of horizontal dashes (-) found on the key to the right of the zero on your computer keyboard. This month we will explain how the hyphen’s two cousins, the em dash and the en dash, are used.

Let’s begin with the en dash, which has limited use—in fact so limited that many writers have never even heard of this critter. This is because the en dash is only used in book style, and then only as a substitute for to, through, or until. The en dash is longer than a hyphen but shorter than the em dash. It most often is used to connect two numbers.

So, if you are writing a book and you happen to need the en dash, you can find this rare punctuation mark in MS Word by clicking on Insert and then on Symbol. Once you find this symbol in the list, click on it and then on the insert button. The en dash will appear where you have your cursor in your text.

However, if you are writing an article, a blog, a white paper, a short story—basically anything less than a book—you don’t need to use the en dash.

Feeling better now? Good. Let’s move on to the em dash, which you will need to learn how to use correctly because it is a punctuation staple.

Sometimes referred to as a double dash because that’s how it is created in Word and other word processing programs, the em dash is a punctuation mark that comes in quite handy. However, it is easily misused. So, let’s review how the em dash is properly used. “Em dashes are used to indicate breaks in sentence flow,” The Best Punctuation Book, Period tells us. These breaks can be insertions of additional information or parenthetical insertions. They also can be changes in thought or sentence structure.

Examples:
The fact that many teams that worked on the massive project—sales, marketing, research, finance, and human resources—created multiple challenges. (insertion of additional information)
As I started prepping for dinner—my normal chore—I began to grow nervous. (parenthetical insertion)
I was going to get—what did you say your sister would like for her birthday? (change in thought or sentence structure)
Now we come to the heart of confusion regarding the use of em dashes: overlap between dashes, parentheses and commas. “In some cases, the writer can choose any of the three,” The Best Punctuation Book, Period notes, with this illustration:

The team captain, a major bully, entered the locker room.

The team captain (a major bully) entered the locker room.

Fortunately, there are differences between the three punctuation marks that we can keep in mind when choosing which of the three marks to use. Use commas when the information is a well-integrated part of the sentence. Parentheses, on the other hand, show that the information is “less integral to the sentence,” according to The Best Punctuation Book, Period. Em dashes are somewhere between the two. The guidelines, according to the punctuation guide:

“Parentheses have the greatest power to interrupt the flow of a sentence and therefore should be used sparingly.

“Information that does not fit in grammatically with the rest of the sentence must be set off with either parentheses or [em] dashes, not commas.”

A few additional notes: Em dashes occasionally are used as substitutions for quotation marks. They also can be used in lists. If you think you have need of using em dashes in either of these roles, first research these specific applications online.

Finally, how do we write em dashes? Well, that depends on what writing style you are using.

For the purposes of punctuation, grammar and more, there are four generally accepted writing styles: book style, academic style, scientific style and news style. Book style obviously is used when writing books. Scientific style is employed in scientific papers and journals. What particular style an article such as this one is not so clear cut. However, because it is written under the banner of Summit University, we are safe to assume that it is written in academic style. News style is information presented as news, again obviously, such as in newspapers.

Why is this important to our em dash discussion?

Next month we will continue our deep dive into elements of punctuation. Until then, may the flame of God Mercury be with you!

Would this not be like shouting into the teeth of a hurricane? Certainly, it would seem so. But it is not.

We need only look to history for a far different and more hopeful lesson.

It was less than 200 years ago that a storyteller changed a nation. His name was Charles Dickens.

Dickens has always been best known for his unforgettable characters: Miss Havisham, Estella, Jaggers and Pip in Great Expectations; Mr. Bumble, Nancy and Fagin in Oliver Twist; Betsy Trotwood, the Micawbers, Dora and Agnes, and the scheming villain Uriah Heep in David Copperfield; and, of course, Ebenezer Scrooge in A Christmas Carol.

But it is the power of Dickens’ fiction to inspire British social and legal reforms that is arguably his most lasting legacy. To put it spiritually, Dickens raised the consciousness of a nation with his stories.

His novels “depicted conditions that cried out for reform, and they brought these areas of Victorian life to the attention of a wide audience, often resulting in action,” writer John Steele Gordon stated. “Bleak House, for instance, published in 1853, depicted the convoluted, lawyer-ridden complexities of the rules of civil procedure then in place in Britain.” Dickens also wrote of these same issues in David Copperfield. “Within 20 years, they had been thoroughly reformed,” Gordon noted.

Dickens exposed to a mass British audience the abominable social conditions of the day. He did this through searingly accurate and often humorous fictional stories. His writing played upon the conscience of a nation at a time when factual exposés on such topics gained so little traction that they were hardly worth writing.

Read by everyone from Queen Victoria on down to the poorest commoner, Dickens’ stories are credited with almost singlehandedly spurring Britain to repeal and reform the most onerous laws of the period. They shone light on the abusive child labor rampant in Britain at the time, and the cruel workhouse prison system the poorest of the poor were forced to endure.

One cannot overstate Dickens’ influence on Victorian England—his only weapon a pen.

So, take a page from Charles Dickens’ playbook and shine a light on today’s darkness. Be creative about it. Dig into the facts. Come at the problem from a unique viewpoint, perhaps a perspective above and beyond a mere human solution. Then tell a story. Touch one heart or a dozen or hundreds. The format you use—straight news, fact-based opinion or fictional short story—is not as important as the Holy Spirit energy you infuse it with—that secret ingredient that’s needed to touch your audience. Write most personally to that one person, that persona, that represents your audience, publish it on the web, and see how you can change a mind or inspire a person to take action.

← A Dash Or A Hyphen? Mastering Commas →
← Go back to the menu